I am claiming this masala chai recipe “authentic” and “traditional” by virtue of a few things. Let me explain, and please don't take my claims at face value.

My first claim is that I have had the pleasure of enjoying masala chai in India many times. I can tell you that traditional masala chai is nothing like what most people in the West have tried at Starbucks or the like.

Second is the stamp of approval this recipe got from my Indian family, and third is the way I've created my own experiences around masala chai at our home in New York. The last point is the most important.

The fact is, what is traditional or authentic can only be someone’s interpretation, because there are probably as many masala chai recipes in India as there are households. And that is a lot.

What Is Traditional Masala Chai?

A traditional masala chai is made with warming spices, black tea, and milk.

Some people like theirs with boiled milk. Some don’t boil the milk. How much milk, and how long they boil are also different. Some add a lot of spices. Others much less. The strength of the black tea is another key factor.

Then there are the endless combinations of spices you could use.

What I did is to pick the most common spices—my favorites actually—and create a balanced masala chai recipe that I love, and I hope you will too.

Here's a little story for you.

I recently served masala chai to my husband’s side of the family (from India) at our house, and it became a hilarious affair.

The three of us, two Indian women and myself, a Westerner, all around the same age, looked over the brewing tea on the stove.

I questioned the others about the right way to make masala chai, and both had different ways of making it.

Neither could claim theirs was the right way; only that it was their way. And from them I learned that there is really no ironclad “right way.”

Then Indian mom came along and … looking very anxious, attempted to stop the production as per “her way.”

And when I gently protested against this advice—standing my ground now—that in fact the tea needed more time, everyone suddenly got much more interested in the outcome.

After I served the tea, each lovely lady sat with it, and I observed them. Each was savoring their tea, focusing on it as if nothing else mattered in that moment.

It was at that moment that I realized the intensity of their love and connection with the ritual of a 4 o’clock masala chai.

I silently declared my tea a success, then mused, is it possible to find peace in a cup of tea?

A Healthy Alternative To Coffee?

In my personal experience with masala chai in New York, once I realized how thick, rich, and deeply satisfying it is, it got me thinking …

This could actually be a suitable replacement for coffee!

It’s got a kind of wake-you-up complexity that really hits the spot.

Of course, masala chai is way better for you than coffee.

In fact traditional masala chai is loaded with medicinal herbs and spices that boost circulation, clear mucus and congestion, and assist with digestion.

Let’s talk about the health benefits for a minute.

Masala chai is a daily ritual in northern India, where the days and nights often drop below freezing in the winter.

Adding warming spices to milky black tea, and brewing it nice and strong, sounds like the perfect antidote to the cold, and it is!

The first health benefit is that a traditional masala chai will always warm you up.

In a traditional masala chai, you will typically find cardamom, ginger, cloves, cinnamon, and peppercorns.

Cardamom is a powerful spice that destroys mucus and clears heaviness and stagnation in the stomach.

Ginger is another warming digestive that clears thick congestion, invigorates mind and body, and lifts the mood.

Cloves help with digestion and also help to warm your hands and feet in the winter.

Cinnamon stimulates circulation and helps to clear congestion from the lungs.

Drinking masala chai is so enjoyable, and at the same time you are getting all this medicine. Isn’t that awesome!

The Benefits Of Making Masala Chai From Scratch

I am going to show you how to make traditional masala chai in your own home.

Although you can buy all kinds of masala chai teas—a few are good and most are terrible—there are so many reasons to make it from scratch.

First off, you can control what spices you use, and how much of each. If you don’t prefer something, or you don’t have it, just leave it out.

You also get to decide if you want to use milk from cows, milk from plants, or no milk at all.

Whole milk is traditional for masala chai. The spices make the milk more digestible, but if you cannot tolerate milk, substitute with a plant-based milk of your choice.

Same thing with sugar. You can choose to add it or not, and of course how much is up to you.

You should know, though, that masala chai is crazy-good with sugar or honey.

Somehow it brings out the other flavors and makes them do a little merry-go-round in your senses.

As you can see, there are a lot of variations you could try. There are also other spices you can experiment with to make a masala chai.

Here’s a quick guide to the different spices you could use if you wanted to get creative.

Tulsi: a blend of mint, licorice, and cloves

Coriander seeds: sweet and mild, with a citrus note

Rose petals: ranges from sweet, to sour, to spicy

How to Pretend You Are In India Enjoying A Masala Chai 🙂

For the ultimate masala chai experience, have it with a teatime snack!

Cause the only thing better than masala chai, is masala chai with a tasty snack like samosas, a savory flatbread with dipping sauce, Indian chat, snacks, or something sweet.

In India they call this teatime duo “tiffin.” I do love tiffin.

Oh, and don’t make the mistake of calling masala chai a “chai.” That’s just tea without any masala, or spices, and it doesn’t do justice to a real masala chai as you now know.

Hope you love this traditional masala chai as much as I do, and it adds loads of joy to your life.

In Case You Need Instant Chai

I highly recommend Blue Lotus chai for those of you who want the taste of a traditional chai, but don't always have the time to make it from scratch.

Blue Lotus chai is sold as a spice powder, complete with naturally brewed and powdered black tea. All you need to do is add water and/or milk.

I can tell you that this chai is nice and spicy, and a little goes a long way in water, but if you make it with milk you'll need to use two scoops.

See the links below to check out all the flavors. The variety pack is pretty awesome. 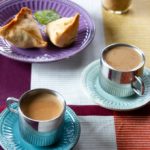 Whole milk is traditional for masala chai. The spices make the milk more digestible, but if you cannot tolerate milk, substitute with a plant-based milk of your choice. The reason for adding the black tea leaves after the water boils is because the tea leaves tend to dance on the top of the bubbles and stick to the sides of the pot, which can get kind of messy. If you don’t have loose tea leaves, use two black tea bags. If you would prefer a simpler recipe, here is a recipe for a basic masala chai. Follow the same instructions as above. In this case, for the first step all you need to do is crush the cardamom pods.

Substitute rooibos for the black tea. Rooibos gives a dark color and rich taste to the brew, but it is caffeine-free. 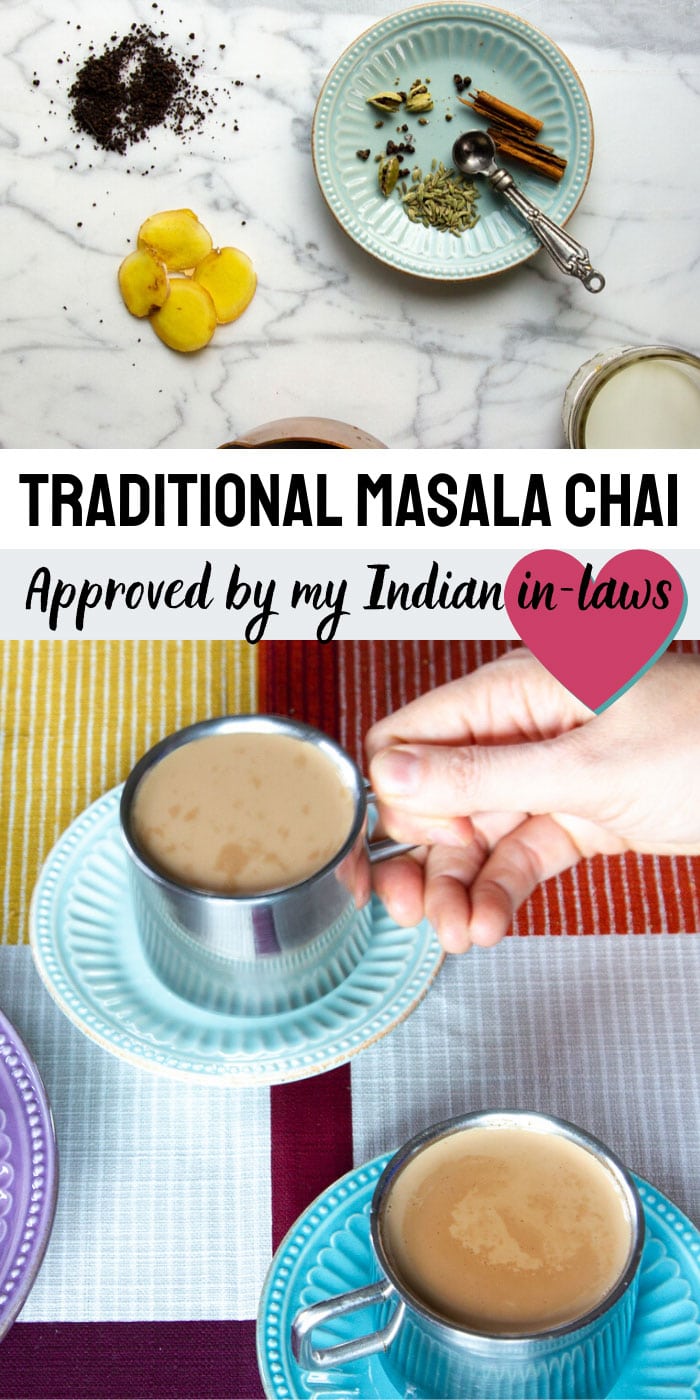